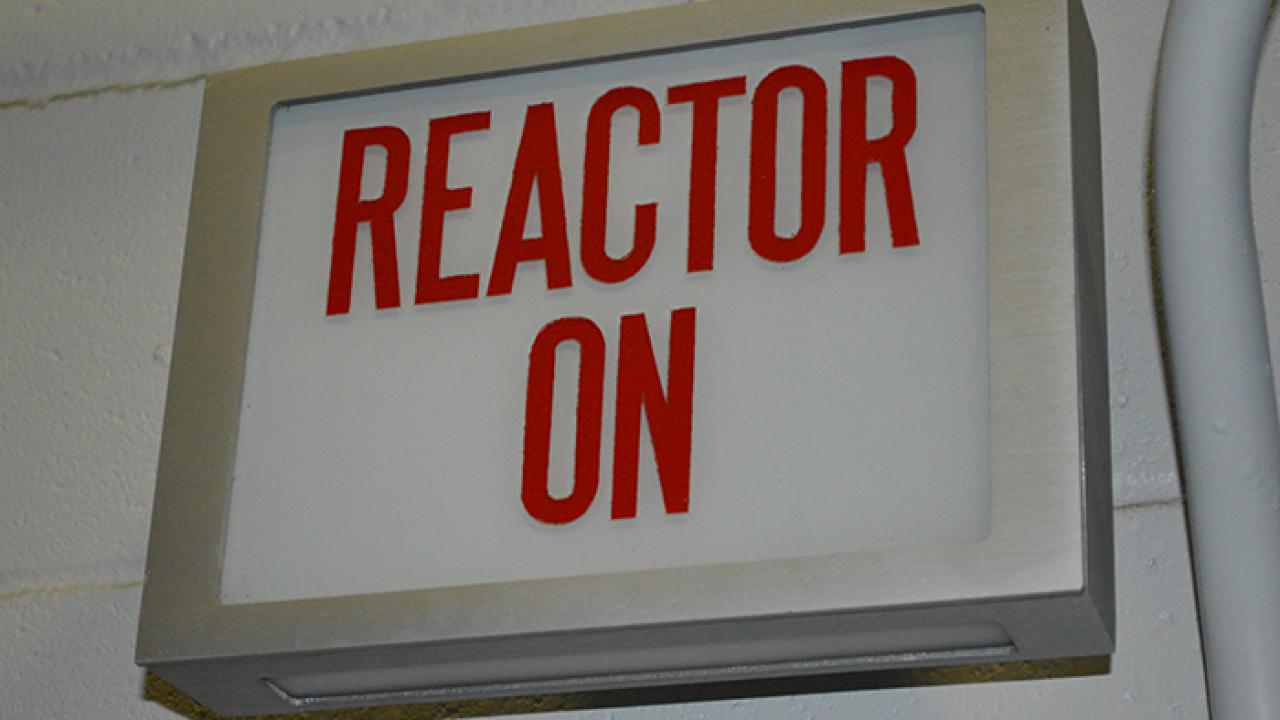 The McClellan Nuclear Research Center (MNRC), owned and operated by UC Davis, has received approval from campus leadership to proceed with the implementation of a recently developed strategic plan that sets the direction for the facility over the next 5+ years. As part of the continued commitment, Wesley Frey, Ph.D., formerly the center’s radiation safety officer, has been appointed as the new director. Wesley accepted the appointment following the retirement of Barry Klein, emeritus professor of physics who served as director of MNRC since 2011.

“The new leadership team at MNRC will allow UC Davis to leverage a unique and powerful resource to address national needs in education and research in nuclear science and engineering,” stated Harris Lewin, vice chancellor for research. “Dr. Frey has a great vision for advancing the goals of the facility, and the university will fully support his efforts to make MNRC a national leader in training nuclear scientists and nuclear research.”

U.S. Navy Vice Admiral (retired) Mel Williams has also joined the Office of Research in support of the Vice Chancellor on matters related to strategic research initiatives, including MNRC. Williams, a nuclear trained submariner and former Associate Deputy Secretary of Energy, will support Frey in addition to a newly established advisory committee. The committee held their first meeting August 1, 2016.

The center is located in Sacramento, 25 miles from the UC Davis campus. The facility was originally built and commissioned by the U.S. Air Force for the primary purpose of detecting low-level corrosion and hidden defects in aircraft structures using non-destructive testing techniques such as neutron radiography and tomography. It is currently the highest power TRIGA™ (Training, Research, and Isotope Production General Atomics) reactor in the U.S., rated at 2 MW in steady state with the capability to pulse to approximately 400 MW for 30 msec.

A new recharge structure has been developed for UC Davis researchers and faculty, significantly reducing the costs associated with irradiation studies.

The center is also developing a new program that will provide UC Davis students hands-on training to receive a federal license to operate the 2 MW reactor. It is through this new program and other outreach activities that the facility intends to engage current and potential students into STEM-related fields.

The center is hosting a special event for campus researchers on September 12 at the Mathematical Sciences Building on campus.

During the event, attendees can learn about the center’s unique research capabilities, meet the MNRC leadership and staff, and watch a live virtual tour of the reactor.