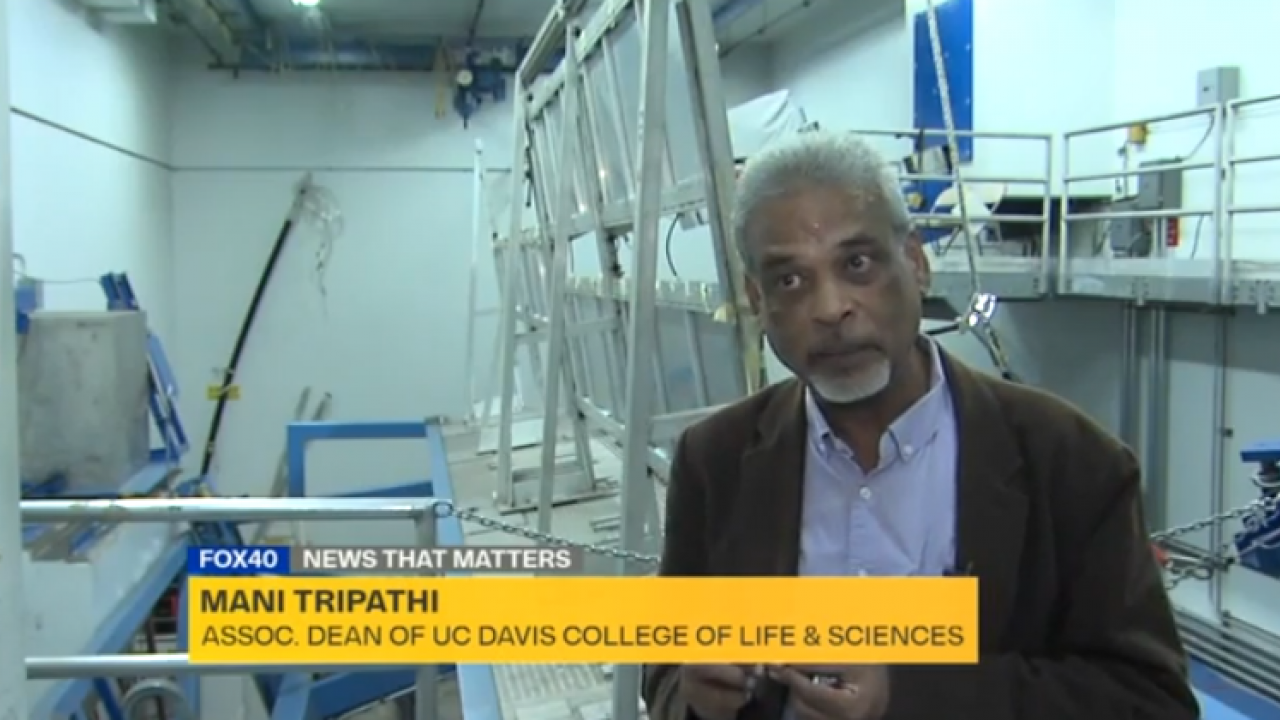 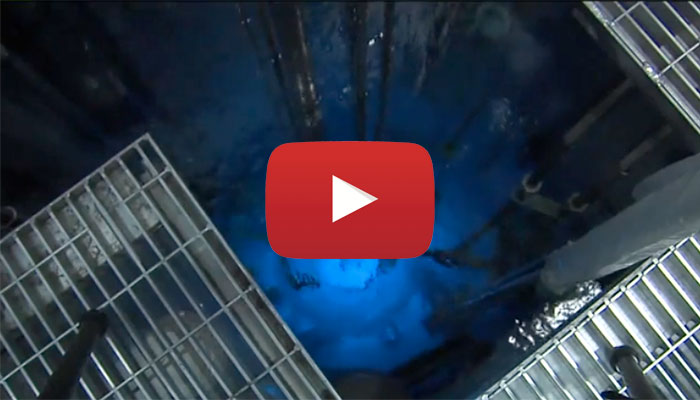 Mani Tripathi is a particle physicist and the associate dean of the University of California Davis College of Life and Science.

“This is the McClellan Nuclear Research Center operated by UC Davis,” said Tripathi.

Tripathi explained the facility was originally used to X-ray the wings of F111 fighter jets.

“You wanted to make sure there were no cracks or defects appearing in the wings,” said Tripathi.

But in the year 2000, when the airbase closed, the air force handed over the reactor to UC Davis for scientific research.

The blue light that can be seen is known as Cherenkov light.

“They’re particles if you put them through water and they’re moving faster than the speed of light in that medium, they glow,” said Tripathi.

Tripathi said he uses the reactor to test materials for making radiation detectors, which he’ll build for use at CERN in Switzerland.

“Put a lot of neutrons through them, and make sure the materials survive before employing them in actual construction,” said Tripathi.

He also looks for dark matter and the core’s gamma-ray sensors help him test material to see just how radioactive they are. But Tripathi says the reactor itself is harmless.

The TRIGA reactor, which stands for Training, Research, Isotopes, General Atomics, is designed to shut down automatically when it gets too hot.

“The fuel rods are constructed such that as the temperature goes up the radioactivity goes down and the reactor shuts down,” explained Tripathi.

This process happens without the help of computers or humans.

“This is just the physics of this process that shuts it down. It’s a natural phenomenon,” said Tripathi.

In fact, he says airline pilots are exposed to much more radiation per year than the employees who work here.

While a nuclear reactor may not seem very environmentally friendly, some commercial applications done here do help to reduce a carbon footprint. For example, workers here X-ray jet fuel nozzles used on the Airbus A380.

“Those nozzles build up carbon which loses efficiency, but by inspecting them here we’re able to separate the ones that have been contaminated,” explained Tripathi.

That process saves about 150 million gallons of jet fuel per year, which is the same as taking a third of a million cars off the road.

Even though FOX40 couldn't record any of it, there is a lot of security surrounding this reactor, so no need to worry about the wrong people getting access to it.

The reactor is not open to the public, however, UC Davis said it does give tours to middle and high school students.